How to Read the Crystal (Paperback) 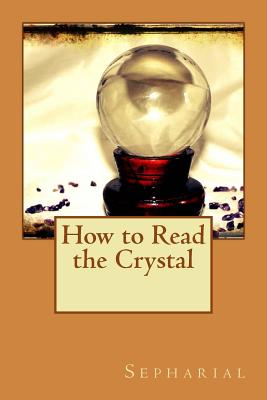 How to Read the Crystal (Paperback)


Usually Ships in 1-5 Days
(This book cannot be returned.)
Any attempt at a scientific explanation of the phenomenon of "crystal seering," to use an irregular but comprehensive term, would perhaps fall short of completeness, and certainly would depend largely upon the exercise of what Professor Huxley was wont to call "the scientific imagination." The reasons for this are obvious. We know comparatively little about atomic structure in relation to nervous organism. We are informed to a certain degree upon atomic ratios; we know that all bodies are regarded by the physicist as a congeries of atoms, and that these atoms are "centres of force." Primarily, the atomic theory would refer all heterogeneous bodies to one homogeneous substance, from which substance, by means of a process loosely referred to as "differentiation," all the elements are derived. These elements are the result of atomic arrangement, and the atoms of each are known to have various vibrations, the extent of which is called the "mean free path of vibration." The indestructibility of matter, the fact that all nature is convertible, and the absolute association of matter and force, lead to the conclusion that since every change in matter implies a change of force, matter must be ever living and active, and primarily of a spiritual nature. The great Swedenborg, no less a scientist than a spiritual seer, laid down his doctrine of "Correspondences" upon the primary concept of the spiritual origin of all force and matter. Matter, he argued, was the ultimate expression of Spirit, as Form was that of Force. Spirit was to Force what Matter was to Form-our ideas of Matter and Form being closely related.