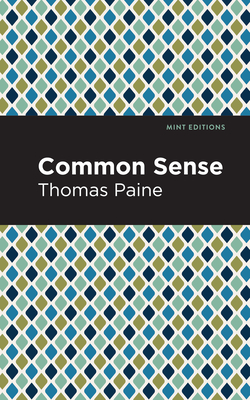 Struggling under oppressive laws, high taxes, and the heavy hand of King George the Third's rule, the people living in early America longed for freedoms seemingly out of reach. Talk of rebellion stayed in bars and in the secret of homes, never really given serious consideration until Thomas Paine picked up a pen. Common Sense was the one of the first major cases made public for independence. Written as if it were a sermon, Paine advocates for religious freedom and independence from Great Britain. Common Sense is separated by four sections: "Of the Origin and Design of Government in General, With Concise Remarks on the English Constitution", "Of Monarchy and Hereditary Succession," "Thoughts on the Present State of American Affairs," and "On the Present Ability of America, With Some Miscellaneous Reflections." Each use concise and persuasive prose to address Paine's main points and arguments for independence, based on the origins of the British government, the current state of America, and the issues of each. With Common Sense Thomas Paine entered a frequently talked about and yearned for solution for the young, struggling nation into public discourse for serious consideration.

Without the pen of the author of Common Sense, the sword of Washington would have been raised in vain," John Adams said of Thomas Paine . Common Sense not only helped to inspire the American Revolution, but it also gave the founding fathers direction. Using clear, concise, and persuasive prose, Paine argues for American independence before other public figures of his time had the bravery or eloquence to. The ideologies of Common Sense are still employed in government today, and is a testament to the American spirit.

Now with in a modern, easy-to-read font and with a distinct cover design, Common Sense by Thomas Paine embodies the American spirit and ingenuity like never before. It is a must-have for any collection seeking to appreciate American history and the origins of American democracy.