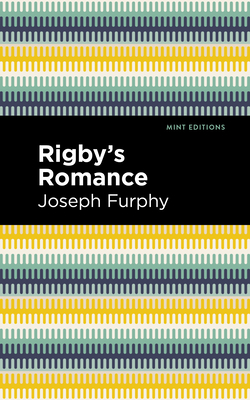 Rigby's Romance (1921) is a novel by Joseph Furphy. Written under his pseudonym "Tom Collins," Rigby's Romance is a sequel of sorts to Such is Life, a unique and challenging story that took decades to achieve a proper audience. Earning comparisons to the works of Melville and Twain, Furphy's novel is considered a landmark of Australian literature. "Just as a bale of wool is dumped, by hydraulic pressure, to less than half its normal size, I scientifically compressed something like twenty-four hours' sleep into the interval between 9 p.m. and 7 a.m. Then a touch of what you call dyspepsia and I call laziness, kept me debating with myself for another swift-running hour." Between such beguiling narration and lively conversations with the characters he meets on his travels through the Australian outback, Tom Collins presents himself as a philosophizing everyman, a prototype of such characters as Joyce's Leopold Bloom and Beckett's Molloy. Journeying in search of his friend Jefferson Rigby, a gentleman and adventurer like himself, Collins reflects on their history together and longs for his company. When the two meet up, they engage in a long discussion on politics and the nature of humanity, touching on topics as strange and diverse as Australia's legendary wildlife. With a beautifully designed cover and professionally typeset manuscript, this edition of Joseph Furphy's Rigby's Romance is a classic work of Australian literature reimagined for modern readers.