The D-Day Atlas: A Graphical Reconstruction of the Normandy Campaign (Paperback) 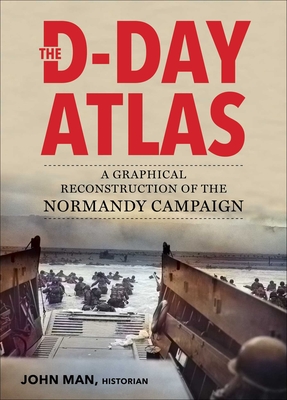 The D-Day Atlas: A Graphical Reconstruction of the Normandy Campaign (Paperback)

The Allied landing in German-occupied Normandy on June 6, 1944 was the greatest amphibious operation in military history. In the months that followed, German forces, outnumbered and outgunned, fought one of the most tenacious and skillful defensive campaigns of the entire war. This magnificent graphical reconstruction details the momentous events of the Normandy campaign from its conception through to the destruction of the German 7th and 5th Panzer Armies at Falaise and the Allied liberation of Paris.

Included in The D-Day Atlas are: Follow troop movements and positions throughout the Normandy campaign to discover how the British, American, and Commonwealth troops reached victory.
John Man is a historian specializing in the nature of leadership. John's books have been published in over twenty languages around the world and include histories of the Great Wall of China and the Mongolian Empire. He lives in England.