The Christmas Carol: Or Past, Present and Future: The 1844 Theatrical Adaptation (Paperback) 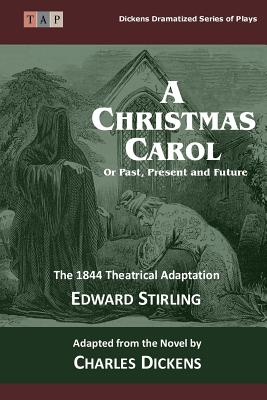 The Christmas Carol: Or Past, Present and Future: The 1844 Theatrical Adaptation (Paperback)


Usually Ships in 1-5 Days
(This book cannot be returned.)
One of the first theatrical adaptations of the classic novel, Edward Stirling's A Christmas Carol was billed as the "original" and "only dramatic version sanctioned by C. Dickens, Esq." to distinguish it from pirated versions that were rapidly being produced upon the publication of the novel. Opening at the Adelphia, a theatre known for its melodramas and dramatic adaptations, the play was advertised as being "presented with New Scenery, Novel Mechanical Effects, Dresses, Dances, and appropriate Old English Ballad music." Stirling was a prolific playwright in the mid-19th century having written or adapted over 200 plays including five from Dickens and was one of the few playwrights at the time to have his plays produced in nearly every theatre in London. He was hailed as "a writer of considerable attainments." When he wasn't writing, he was stage manager/director of the Adelphia, and later for many years at the Drury Lane Theatre where he had some of his biggest successes.