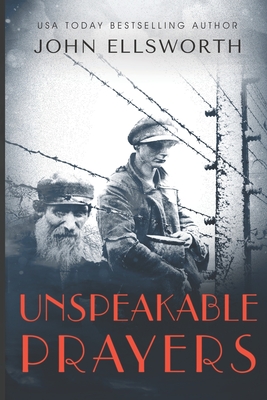 
Usually Ships in 1-5 Days
(This book cannot be returned.)
Even though he escaped, he was never truly free. In occupied Poland, there are whispers of a terrifying darkness in the northern forests. When a young Lodzi Ashstein learns the horrifying truth about the Treblinka extermination camp, he is kidnapped and tormented by a senior SS officer, Janich Heiss. After a prisoner uprising, Heiss disappears into the woods and Lodzi is left with nothing but his nightmares and the eternal scars of a survivor.More than 70 years later, Heiss has been mysteriously murdered, and Lodzi is accused of a crime of revenge. When attorney Thaddeus Murfee takes the case to trial, he unearths a startling trove of evidence that has the power to change everything. But can he bring the truth to light in time to save Lodzi from another nightmare?
John Ellsworth is from Arizona and practiced law nationwide. For thirty years he defended criminal clients across the United States. His first book, "The Defendants," was published by Amazon and Subjudica House Press on January 20, 2014. What's next? UNSPEAKABLE PRAYERS is John's seventh Thaddeus book and will be published by Amazon in January 2015. It is the story of a nineteen year-old Lodzi Ashstein taken to Treblinka in 1942 and forced by the Nazis to help destroy Jews. Later in life a crime occurs when the captain of the SS Nazi guards is murdered. The Holocaust survivor Lodzi is charged with the murder and a trial ensues. It's a full-bodied read with the great interlocking plot structure my readers have to come to expect and that they tell me they love. "You will never forget Lodzi, I promise you. And you will never forget the intense history found in his story." "I love writing these books.They are the kinds of books I love to read, full of information about a wide spectrum of characters, lots of dialogue, and, as always, plenty of action and traps for the young attorney. The books represent the kind of learning experience I went through when I was Thaddeus' age and learning how to patty-cake when it came to doing the right thing for clients."