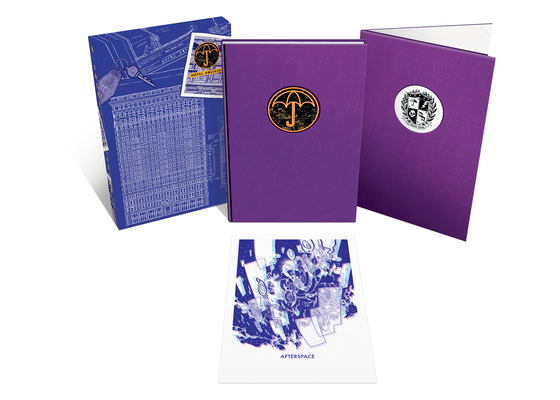 
Email or call for price
The New York Times bestselling comics series that was the inspiration for The Umbrella Academy on Netflix, now on Season 3!

With a new Netflix show and a third comics series, the dysfunctional family of superheroes returned with a vengeance in 2019. Now that acclaimed series, Hotel Oblivion, gets the deluxe treatment, in a slip-cased hardcover, with the complete 7-issue story, plus a greatly expanded sketchbook section.

This deluxe edition also features a portfolio inside the slip-case, with a psychedelic print by Gabriel Ba, exclusive to this edition.

Faced with an increasing number of lunatics with superpowers eager to fight his wunderkind brood, Sir Reginald Hargreeves developed the ultimate solution . . .

But their past is coming back to haunt them.

Collects The Umbrella Academy: Hotel Oblivion issues #1-#7.
Gerard Arthur Way (born April 9, 1977) is an American singer, songwriter, musician, and comic book writer who was the lead vocalist and co-founder of the American alternative rock band My Chemical Romance from its formation in September 2001 until its split in March 2013. His debut solo album Hesitant Alien was released on September 30, 2014. He also wrote the comic mini-series The True Lives of the Fabulous Killjoys and the Eisner Award-winning comic book The Umbrella Academy.