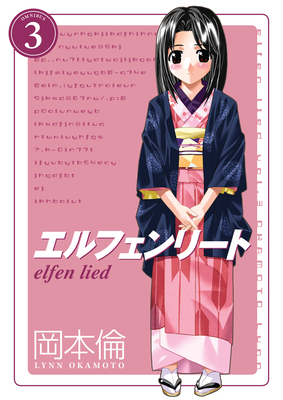 
Usually Ships in 1-5 Days
Mariko is running out of time--her internalized bombs are set to explode at any minute.

Hoping to tie up loose ends, she decides to confront her alienated father, Kurama. Meanwhile, when Nyu and Kouta arrive near the Diclonii island facility, Nyu is captured as Chief Kakuzawa attempts to fulfill his master plan of eliminating humans in favor of the Diclonii species.

Lynn Okamoto's beloved series is now available in English for the very first time, presented here in a special omnibus collecting three volumes in one!

Collects Japanese Elfen Lied Volumes 7-9.
Lynn Okamoto is a Japanese manga artist and a former employee of Bandai. His most famous work is the series Elfen Lied, which was adapted into a 13-episode anime series by the studio Arms. He lives in Tokyo, Japan.