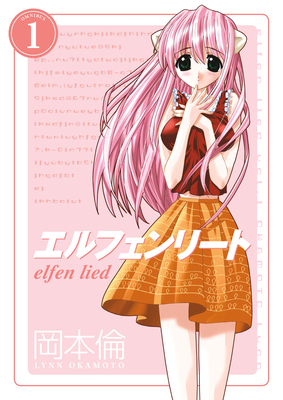 
Email or call for price
Lynn Okamoto's beloved series is now available in English for the very first time, presented here in a special omnibus collecting three volumes in one!

Captured and isolated against their will, the Diclonius species are a threat waiting to break free. When a young Diclonius girl, Nyu, escapes from the research facility she was being held in, she manages finds solace in two allies, until danger finds her again, putting everyone at risk. However, her enemies soon realize they're in over their heads as an attempt to subdue Nyu results in unspeakable tragedy.

Cited as an inspiration for Stranger Things by the show's creators:

"I had seen an anime called Elfen Lied that is clearly inspired by Akira. And that was really influential. When I watched it I though it felt like an ultraviolent E.T. There were a lot of things in there that I really liked and that made their way into the show, particularly related to the character of Eleven."--Matt Duffer, Co-Creator of Stranger Things

The first of four omnibuses containing all twelve of the original volumes published in Japan!
Lynn Okamoto is a Japanese manga artist and a former employee of Bandai. His most famous work is the series Elfen Lied, which was adapted into a 13-episode anime series by the studio Arms. He lives in Tokyo, Japan.