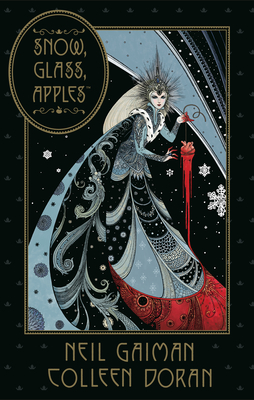 
Usually Ships in 1-5 Days
Winner of the 2020 Bram Stoker Award® for Superior Achievement in a Graphic Novel!

A not-so-evil queen is terrified of her monstrous stepdaughter and determined to repel this creature and save her kingdom from a world where happy endings aren't so happily ever after.

From the Hugo, Bram Stoker, Locus, World Fantasy, Nebula award-winning, and New York Times bestselling writer Neil Gaiman (American Gods) comes this graphic novel adaptation by Colleen Doran (Troll Bridge)!
Neil Gaiman is the celebrated author of books, graphic novels, short stories, and films for readers of all ages. Some of his most notable titles include the groundbreaking #1 New York Times bestselling Sandman comics series (which garnered nine Eisner Awards and the World Fantasy Award for Best Short Story); The Graveyard Book (the first book ever to win both the Newbery and Carnegie medals); American Gods; and The Ocean at the End of the Lane, the UK's National Book Award 2013 Book of the Year.