Star Trek: The Original Series Adult Coloring Book - Where No Man Has Gone Before (Paperback) 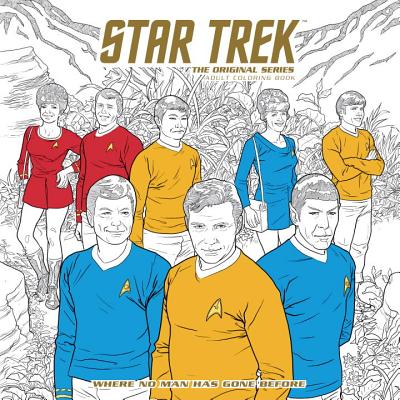 Star Trek: The Original Series Adult Coloring Book - Where No Man Has Gone Before (Paperback)


Email or call for price
The coloring voyage continues with Star Trek: The Original Series Adult Coloring Book--Where No Man Has Gone Before. Forty-five brand new black-and-white images from the second two seasons of the classic science fiction series!

Printed on high-quality stock, each illustration offers an array of diverse detail to color as faithfully or as wildly as you choose, and is single-sided to avoid unsightly bleed-though. This is a must-have collectable for Star Trek fans throughout the galaxy

Color more of your favorite moments from the Original Series!

Purchase alone or alongside the Star Trek: The Next Generation Adult Coloring Book--Continuing Missions for a matching set!
CBS is a mass-media company (television, film, music, radio) that distributes content to fans all over the world. CBS is often considered to be one of the most important television companies, with programming that is both critically and commercially acclaimed. CBS is one of the original television American television companies.

You can learn more about CBS at cbscorporation.com.