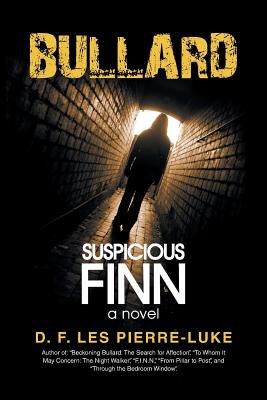 
Usually Ships in 1-5 Days
(This book cannot be returned.)
FINN's traumatic life continues even though consciously he got revenge for the gruesome deaths of his parents. The murderers, three businessmen, were lured into his trap and killed. Filled with tremendous complexities, FINN's sexual psychoses, his confused sexual orientation, together with spiritual conflicts and the effects of his early childhood sexual abuse, all compete for recognition in his personality, characteristics that can easily be associated with a psychopath. His thoughts raged like the repeated clicking of a camera's shutter, as each mental image battle with the other for prominence. His actions, though appearing to be 'normal' by the onlooker, are far from the average person's perception. Suspicions about FINN's actions, the shocking death of a neighbour and the three businessmen who mysteriously went missing, reign heavily in Conservation Heights and the surrounding neighbourhood, Riverdale Place being the closest town. There has been much talk about these occurrences with direct links to the night walker, a tall, black, muscular man, who is now bareback, with black fitted running shorts, matching shoes and a black skull cap on his head that covers most of his face. FINN's sleep-walking episodes has lessened; the sightings fit the night walker's description. His real name, 'Bullard' is now revealed and has been falling in love with an old schoolmate, who he deems as 'the love of his life'. 'Bullard: Suspicious FINN' is the continuation of the novel, 'To Whom It May Concern: The Night Walker' and is filled with bouts of love, lust, deceit, revenge, psycho-sexual behaviour, voyeurism and other episodes of intrigue. Find out if the suspicions about FINN are true and if so, what are the protective services doing to alleviate this?