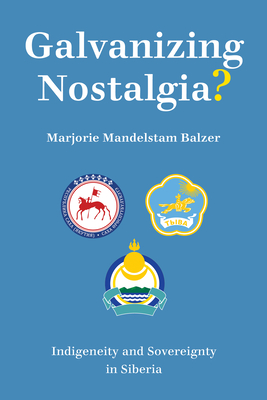 Galvanizing Nostalgia? explores critical questions for the survival of Russia in its nominally federal form. Will Russia fall apart along the lines of its internal republics, as did the Soviet Union? Based on cultural anthropology field and historical research in major republics of Eastern Siberia--Sakha (Yakutia), Buryatia, and Tyva (Tuva)--this book highlights Indigenous concerns about self-determination.

Marjorie Mandelstam Balzer suggests that a fragile and disorganized dynamic of nested sovereignties has developed within Russia. Ecology activism has grown, given new threats to the environment and accelerating climate challenges, especially in the Arctic. Focus on strategically chosen republics enables comparing and contrasting interethnic relations, language politics, and the salience of gender, demography, resource competition, environmental degradation, and increased spirituality. Republics vary in their neocolonial relationships to Moscow authorities. Some local leaders, such as a politicized shaman, use nostalgia for cultural achievements to galvanize citizens. Since the Soviet Union collapsed, cultural and political revitalization have been relatively more viable, although still difficult, in areas where Siberians have their own republics.