Children of Rus': Right-Bank Ukraine and the Invention of a Russian Nation (Paperback) 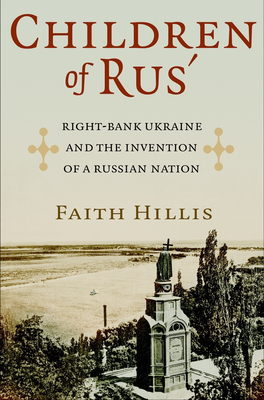 Children of Rus': Right-Bank Ukraine and the Invention of a Russian Nation (Paperback)

In Children of Rus', Faith Hillis recovers an all but forgotten chapter in the history of the tsarist empire and its southwestern borderlands. The right bank, or west side, of the Dnieper River--which today is located at the heart of the independent state of Ukraine--was one of the Russian empire's last territorial acquisitions, annexed only in the late eighteenth century. Yet over the course of the long nineteenth century, this newly acquired region nearly a thousand miles from Moscow and St. Petersburg generated a powerful Russian nationalist movement. Claiming to restore the ancient customs of the East Slavs, the southwest's Russian nationalists sought to empower the ordinary Orthodox residents of the borderlands and to diminish the influence of their non-Orthodox minorities.Right-bank Ukraine would seem unlikely terrain to nourish a Russian nationalist imagination. It was among the empire's most diverse corners, with few of its residents speaking Russian as their native language or identifying with the culture of the Great Russian interior. Nevertheless, as Hillis shows, by the late nineteenth century, Russian nationalists had established a strong foothold in the southwest's culture and educated society; in the first decade of the twentieth, they secured a leading role in local mass politics. By 1910, with help from sympathetic officials in St. Petersburg, right-bank activists expanded their sights beyond the borderlands, hoping to spread their nationalizing agenda across the empire.Exploring why and how the empire's southwestern borderlands produced its most organized and politically successful Russian nationalist movement, Hillis puts forth a bold new interpretation of state-society relations under tsarism as she reconstructs the role that a peripheral region played in attempting to define the essential characteristics of the Russian people and their state.

Faith Hillis is Assistant Professor of Russian History at The University of Chicago.