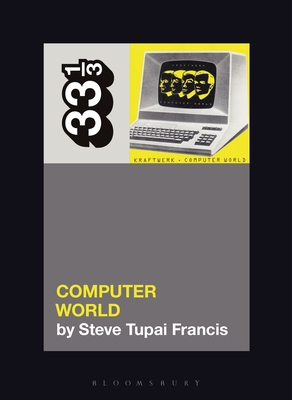 Kraftwerk's most concise and focused conceptual statement, Computer World, was also their most influential album, paving the way for a range of new musical styles and genres. This book explores the band's revolutionary sonic template, and their lyrical obsessions in detail.

An analysis of the bands work reveals a unifying theme, overlooked by other writers, of movement and transition. While many remarked on the prevalence of travel within Kraftwerk's art: Autobahn (1974) - cars, Trans-Europe Express (1977) - trains, The Man- Machine (1978) - space, and Tour De France (1982) - bicycles, Francis contends that this is a surface manifestation of a deeper theoretical subtext in their work. Movement is really a reflection of the concept of transition, through time and space, from one physical, emotional, or existential state of being to another. The book explores transition, as expressed on Computer World, via theories of post-humanism, cybernetics and the anthropology of transnationalism.
Steve Tupai Francis has over 25 years' experience in writing in a range of contexts including music, academia and civil society. Steve is obsessed with music, with David Bowie, Kate Bush, Prince, Japan and Kraftwerk taking pride of place in his collection of over 3,000 records.