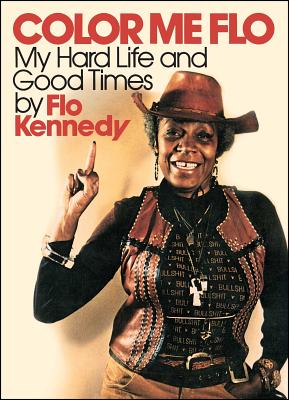 
Usually Ships in 1-5 Days
For the first time, lawyer, feminist, and civil rights advocate Florynce Kennedy tells the complete story of her life from being one of the first Black women to graduate from Colombia Law School to representing Billie Holiday and Charlie Parker.

Raised in Kansas City in the 1920s, Flo Kennedy was one of five sisters, the daughter of a father who held off the Ku Klux Klan with a shotgun and a mother who taught them to hold out for the best.

After graduating from Colombia Law School, Kennedy went on to be a delegate to the Black Power conferences, then took up the battle against sexism and racism by founding the Media Workshop, the Feminist Party, and the Coalition Against Racism and Sexism. She also became a member of the legal team that was instrumental in liberalizing the New York State abortion laws and was a coauthor of Abortion Rap.

Flo Kennedy mastered guerilla warfare tactics on the picket line and in the streets and suites of New York. With the words that resonated and entertained TV audiences for years, Kennedy has returned with a memoir that flawlessly presents her case to readers.
Flo Kennedy was a lawyer, lecturer, and activist from Kansas City Missouri. She graduated pre-law from Columbia University and from the Columbia Law School in 1951. She is widely recognized for her radical feminism and civil rights advocacy.