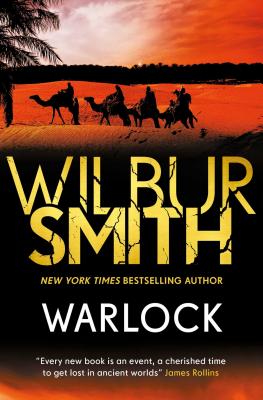 This is book number 3 in the The Egyptian Series series.

The third book in the epic Egyptian series

The third book in the epic Egyptian series 'Even before he could move, the full realisation of what confronted him blazed in Pharoah's mind. This was the foul and loathsome thing that Taita, with his clairvoyant powers, had smelt in the air. The light was strong enough for him to make out every detail of the enemy he had loved as a friend' The magic of the gods. The treachery of man. In his long life, Taita had gone from slave to warlock, and now his wisdom and abilities are known throughout the kingdom. but even his immense skills cannot protect those close to him from the evil that lurks at the heart of Egypt: Lord Naja, self-proclaimed Regent until the Prince comes of age. Taita must summon all of his formidable gifts to protect the true ruler, the young prince Nefer - grandson of Queen Lostris. As enemy forces join together to bring destruction to the whole land, it is no longer a matter of simple magic. To defeat the False Pharoahs, the gods and armies must share their powers with a mortal warlock...
Wilbur Smith was born in Central Africa in 1933. He became a full-time writer in 1964 following the success of When the Lion Feeds, and has since published over forty global bestsellers, including the Courtney Series, the Ballantyne Series, the Egyptian Series, the Hector Cross Series and many successful standalone novels, all meticulously researched on his numerous expeditions worldwide. A worldwide phenomenon, his readership built up over fifty-five years of writing, establishing him as one of the most successful and impressive brand authors in the world.
The establishment of the Wilbur & Niso Smith Foundation in 2015 cemented Wilbur's passion for empowering writers, promoting literacy and advancing adventure writing as a genre. The foundation's flagship programme is the Wilbur Smith Adventure Writing Prize.
Wilbur Smith passed away peacefully at home in 2021 with his wife, Niso, by his side, leaving behind him a rich treasure-trove of novels and stories that will delight readers for years to come. For all the latest information on Wilbur Smith's writing visit www.wilbursmithbooks.com or facebook.com/WilburSmith