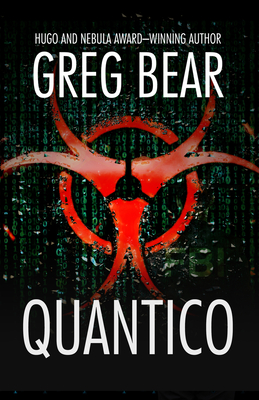 
Usually Ships in 1-5 Days
The Dome of the Rock in Jerusalem has been blown to bits by extremists, and, in retaliation, thousands have died in another major attack on the United States. Now the FBI has been dispatched to deal with a new menace. A plague targeted to ethnic groups--Jews or Muslims or both--has the potential to wipe out entire populations. But the FBI itself is under political assault. There's a good chance agents William Griffin, Fouad Al-Husam, and Jane Rowland will be part of the last class at Quantico. As the young agents hunt a brilliant homegrown terrorist, they join forces with veteran bio-terror expert Rebecca Rose. But the plot they uncover--and the man they chase--prove to be far more complex than anyone expects.
Greg Bear is the author of over twenty-five books, which have been translated into seventeen languages. He has won science fiction's highest honors and is considered the natural heir to Arthur C. Clarke. The recipient of two Hugo Awards and four Nebula Awards, Bear has been called "the best working writer of hard science fiction" by the Science Fiction Encyclopedia. Many of his novels, such as Darwin's Radio, are considered to be classics of his generation. Bear is married to Astrid Anderson--who is the daughter of science fiction great Poul Anderson--and they are the parents of two children, Erik and Alexandria. Bear's recent publications include the thriller Quantico and its sequel, Mariposa; the epic science fiction novel City at the End of Time; and the generation starship novel Hull Zero Three.