Johnny Cash at Folsom Prison: The Making of a Masterpiece, Revised and Updated (American Made Music) (Paperback) 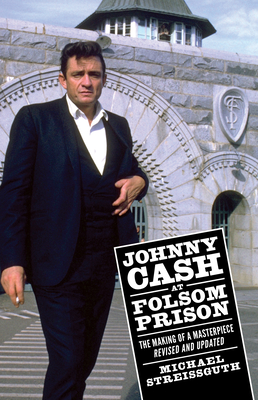 Johnny Cash at Folsom Prison: The Making of a Masterpiece, Revised and Updated (American Made Music) (Paperback)

On January 13, 1968, Johnny Cash (1932-2003) took the stage at Folsom Prison in California. The concert and the live album, At Folsom Prison, propelled him to worldwide superstardom. He reached new audiences, ignited tremendous growth in the country music industry, and connected with fans in a way no other artist has before or since.

Johnny Cash at Folsom Prison: The Making of a Masterpiece, Revised and Updated is a riveting account of that day, what led to it, and what followed. Michael Streissguth skillfully places the album and the concert in the larger context of Cash's artistic development, the era's popular music, and California's prison system, uncovering new angles and exploding a few myths along the way. Scrupulously researched, rich with the author's unprecedented archival access to Folsom Prison's and Columbia Records' archives, Johnny Cash at Folsom Prison shows how Cash forever became a champion of the downtrodden, as well as one of the more enduring forces in American music.

This revised edition includes new images and updates throughout the volume, including previously unpublished material.

Michael Streissguth has written and produced three documentary films and is author of Voices of the Country: Interviews with Classic Country Performers; Ring of Fire: The Johnny Cash Reader; Johnny Cash: The Biography; Always Been There: Rosanne Cash, "The List," and the Spirit of Southern Music; and Eddy Arnold: Pioneer of the Nashville Sound, the latter published by University Press of Mississippi. He is the founding chair of the Communication and Film Studies Department at Le Moyne College.