Proud to Be a Marine: Stories of Strength and Courage from the Few and the Proud (Paperback) 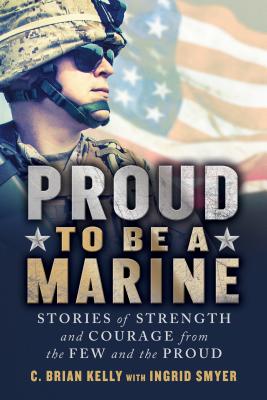 Proud to Be a Marine: Stories of Strength and Courage from the Few and the Proud (Paperback)

Celebrate the Legacy of the Marines

Behind one of the most celebrated military branches in America are the often little-known actions of its brave warriors. Proud to be a Marine amplifies the human voices amidst the cannon blasts and gun fire — from the American Revolution to modern day — and provides fresh insight that will inspire and excite those interested in the proud legacy of the Marines...

This one of a kind collection includes:

From the shores of Tripoli to the careful action against deadly IEDs in the Middle East, the anecdotal back stories of these upstanding Marines are proof they have always been ready, and always the "First to Fight."

C. BRIAN KELLY, a prize-winning journalist, is cofounder of Montpelier Publishing and a former editor for Military History magazine. He is also a lecturer in newswriting at the University of Virginia. Kelly's articles have appeared in Reader's Digest, Friends, Yankee, Rod Serling's Twilight Zone, and other magazines. He is the author of several books on American history and resides in Charlottesville, Virginia.

"Kelly—a former editor of Military History magazine who teaches newswriting at the University of Virginia, and his wife Smyer, a free-lance journalist—are superior storytellers. Their writing is further enhanced by their dogged, in-depth research and their attention to detail. They also are the authors of the Best Little Stories series of history-based books... Proud to be a Marine is an easy, enjoyable, and educational read for Old Salts and non-Marines alike." — Vietnam Veterans of America

"If you want to add yet another sterling volume to a library shelf at home already groaning with Semper Fi lore, buy this one." — The Military Advisor

"Lives up to its title with true tales of men and women of courage, honor, and sacrifice who served in the Marine Corps...highly recommended for public library collections and personal reading lists." — Hill School Alumni Magazine