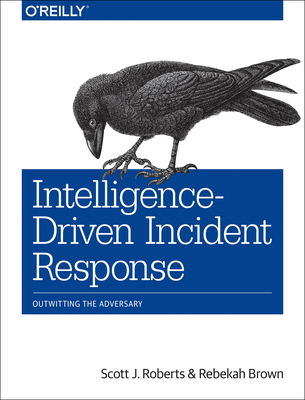 Using a well-conceived incident response plan in the aftermath of an online security breach enables your team to identify attackers and learn how they operate. But, only when you approach incident response with a cyber threat intelligence mindset will you truly understand the value of that information. With this practical guide, you'll learn the fundamentals of intelligence analysis, as well as the best ways to incorporate these techniques into your incident response process.

Scott J Roberts works for GitHub and makes up his title every time he's asked, so we'll say he's the Director of Bad Guy Catching. He has worked for 900lbs security gorillas, government security giants & boutiques, and financial services security firms and done his best to track down bad guys at all these places. He's released and contributed to multiple tools for threat intelligence and malware analysis. Scott is also really good at speaking in the 3rd person.Rebekah Brown has spent more than a decade working in the intelligence community; her previous roles include NSA network warfare analyst, Operations Chief of a United States Marine Corps cyber unit, and a U.S. Cyber Command training and exercise lead. Rebekah has helped develop threat intelligence and security awareness programs at the federal, state, and local level, as well as at a Fortune 500 company. Today, Rebekah leads the Rapid7 threat intelligence programs at Rapid7, where her responsibilities include programs architecture, management, analysis, and operations. Rebekah lives in Portland, Oregon, where she grew up, with her three kids and spends her free time hiking and hacking and reading Harry Potter.