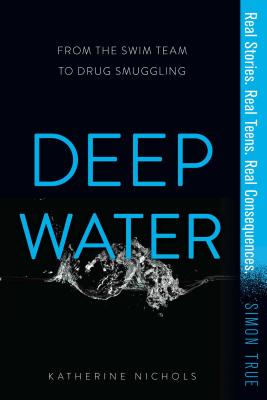 A group of teens traffic drugs between Mexico and California in this start to the brand-new Simon True series.

It’s 1971 in Coronado, a small southern California beach town. For seventeen-year-old Eddie Otero, a skilled waterman and avid surfer, life is simple. Then a friend makes him an offer: Swim an illicit package across the border from Mexico. The intense workout is dangerous. Thrilling. Lucrative. And the beginning of a small business.

When the young entrepreneurs involve their former high school Spanish teacher, the smuggling adventure grows into a one hundred million dollar global operation.

Soon they become fugitives. Living on the edge, they vow to return to their normal lives—right after one last run…
Katherine Nichols is a former teacher and longtime journalist who has contributed to numerous publications, including the magazines for The New York Times and San Francisco Chronicle. An athlete since childhood, Katherine is a three-time finisher of the Ironman Triathlon World Championship in Hawaii. She grew up in Coronado and currently lives in Boston.