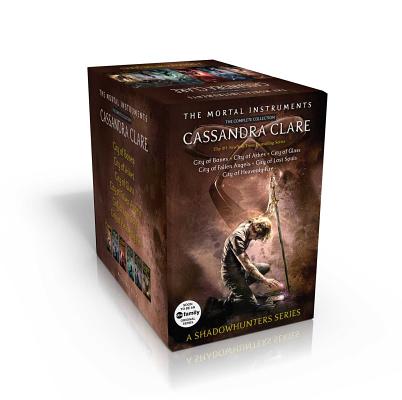 Enter the secret world of the Shadowhunters with this handsomely packaged boxed set that includes City of Bones, City of Ashes, City of Glass, City of Fallen Angels, City of Lost Souls, and City of Heavenly Fire. The Mortal Instruments books have more than twenty-four million copies in print, and this complete collectible set of six paperback volumes is a perfect gift for newcomers to the series and for loyal fans alike.
Cassandra Clare is the author of the #1 New York Times, USA TODAY, Wall Street Journal, and Publishers Weekly bestselling Shadowhunter Chronicles. She is also the coauthor of the bestselling fantasy series Magisterium with Holly Black. The Shadowhunter Chronicles have been adapted as both a major motion picture and a television series. Her books have more than fifty million copies in print worldwide and have been translated into more than thirty-five languages. Cassandra lives in western Massachusetts with her husband and three fearsome cats. Visit her at CassandraClare.com. Learn more about the world of the Shadowhunters at Shadowhunters.com.