The Enemies Of Books (Paperback) 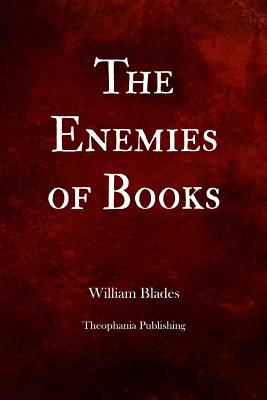 The Enemies Of Books (Paperback)


Usually Ships in 1-5 Days
(This book cannot be returned.)
Thank you for checking out this book by Theophania Publishing. We appreciate your business and look forward to serving you soon. We have thousands of titles available, and we invite you to search for us by name, contact us via our website, or download our most recent catalogues. THERE are many of the forces of Nature which tend to injure Books; but among them all not one has been half so destructive as Fire. It would be tedious to write out a bare list only of the numerous libraries and bibliographical treasures which, in one way or another, have been seized by the Fire-king as his own. Chance conflagrations, fanatic incendiarism, judicial bonfires, and even household stoves have, time after time, thinned the treasures as well as the rubbish of past ages, until, probably, not one thousandth part of the books that have been are still extant. This destruction cannot, however, be reckoned as all loss; for had not the "cleansing fires" removed mountains of rubbish from our midst, strong destructive measures would have become a necessity from sheer want of space in which to store so many volumes.