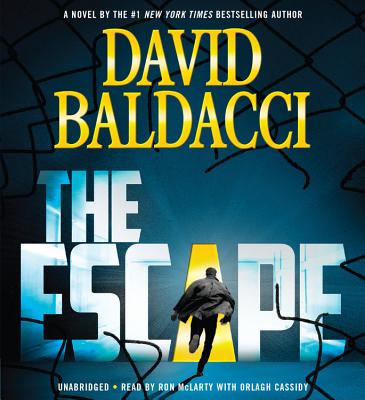 This is book number 3 in the John Puller series.

David Baldacci is one of the world's most popular, widely-read storytellers. In his blockbuster thrillers Zero Day and The Forgotten, readers met John Puller. A combat veteran and special agent with the US Army, Puller is the man they call to investigate the toughest crimes facing the nation.

But all his training, all his experience, all his skills will not prepare him for his newest case, one that will force him to hunt down the most formidable and brilliant prey he has ever tracked: his own brother.

It's a prison unlike any other. Military discipline rules. Its security systems are unmatched. None of its prisoners dream of escaping. They know it's impossible.

John Puller's older brother, Robert, was convicted of treason and national security crimes. His inexplicable escape from prison makes him the most wanted criminal in the country. Some in the government believe that John Puller represents their best chance at capturing Robert alive, and so Puller takes on the burden of bringing his brother in to face justice.

But Puller quickly discovers that there are others pursuing his brother who only see Robert as a traitor and are unconcerned if he survives. Puller is in turn pushed into an uneasy, fraught partnership with another agent, who may have an agenda of her own.

They dig more deeply into the case together, and Puller finds that not only are her allegiances unclear but that there are troubling details about his brother's conviction ... and that someone is out there who doesn't want the truth to ever come to light. As the nation-wide manhunt for Robert grows more urgent, Puller's masterful skills as an investigator and strength as a fighter may not be enough to save his brother-or himself.