The Creative Underclass: Youth, Race, and the Gentrifying City (Paperback) 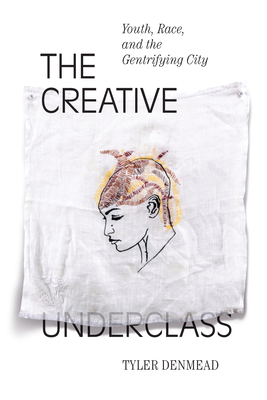 The Creative Underclass: Youth, Race, and the Gentrifying City (Paperback)


Usually Ships in 1-5 Days
As an undergraduate at Brown University, Tyler Denmead founded New Urban Arts, a nationally recognized arts and humanities program primarily for young people of color in Providence, Rhode Island. Along with its positive impact, New Urban Arts, under his leadership, became entangled in Providence's urban renewal efforts that harmed the very youth it served. As in many deindustrialized cities, Providence's leaders viewed arts, culture, and creativity as a means to drive property development and attract young, educated, and affluent white people, such as Denmead, to economically and culturally kick-start the city. In The Creative Underclass, Denmead critically examines how New Urban Arts and similar organizations can become enmeshed in circumstances where young people, including himself, become visible once the city can leverage their creativity to benefit economic revitalization and gentrification. He points to the creative cultural practices that young people of color from low-income communities use to resist their subjectification as members of an underclass, which, along with redistributive economic policies, can be deployed as an effective means with which to both oppose gentrification and better serve the youth who have become emblematic of urban creativity.
Tyler Denmead is University Lecturer of Arts and Creativity in Education at the University of Cambridge and a Fellow at Queens' College.