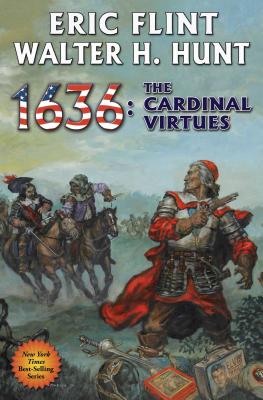 This is book number 19 in the The Ring of Fire series.

Book #19 in the multiple New York Times best-selling Ring of Fire series. After carving a free state for itself in war-torn 17th century Europe, citizens of the modern town of Grantville, West Virginia must contend with France's infamous Cardinal Richilieu, who is determined to keep his grip on power no matter what history says.

France, 1636 . . . It has been twenty years since King Louis took Aña Maria Mauricia, daughter of Spain's King Philip III, as his wife, and their union has not yet produced an heir. Under the guidance of his chief minister, Cardinal Richelieu, a plan is developed to remedy that situation. Once she is with child, Queen Anne goes into seclusion to guard her health and protect her from those who would prefer that the child is never born—France’s foreign enemies as well as schemers such as Monsieur Gaston d’Orleans, the King’s younger brother and heir. When the Crown’s opponents make their move, factions inside and outside France must choose sides and help determine the future and fate of the Kingdom.

About 1636: The Devil's Opera:
“Another engaging alternate history from a master of the genre.”—Booklist

“. . . an old-style police-procedural mystery, set in 17th century Germany. . . . the threads . . . spin together . . . to weave an addictively entertaining story. . . . a strong addition to a fun series.”— Daily News of Galveston County

About Eric Flint’s Ring of Fire series:
“This alternate history series is … a landmark…”—Booklist

“…reads like a technothriller set in the age of the Medicis…”—Publishers Weekly
Eric Flint is a modern master of alternate history fiction, with 3 million books in print. He’s the author/creator of the multiple New York Times best-selling Ring of Fire series, starting with first novel 1632. With David Drake he has written six popular novels in the “Belisarius” alternate Roman history series, and with David Weber, he has collaborated on 1633 and 1634: The Baltic War, as well as four novels in Weber’s Honorverse series. Flint was for many years a labor union activist. He lives near Chicago, Illinois.