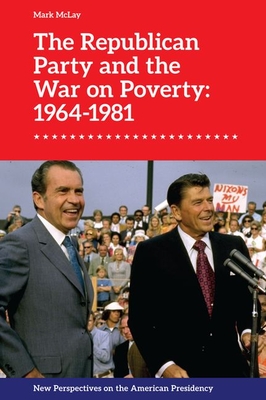 
Usually Ships in 1-5 Days
Mark Maclay examines the part the Republican Party played in shaping and eventually curtailing President Johnson's War on Poverty. Republican politicians and presidents consistently influenced how the 'war' was fought, before President Reagan symbolically ended the effort with his social welfare cuts in 1981. Drawing on original archives of Republican politicians across the United States, the author sheds light on the important dynamic that existed between the Republican Party, Congress and the White House throughout those years, and provides a fresh perspective on the GOP and their presidents during a period that witnessed its rise from its nadir in 1964 to becoming the ascendant force in US politics.
Mark McLay is Lecturer in American History at the University of Glasgow. He contributed to Constructing Presidential Legacy (Edinburgh University Press, 2018) and published articles in Journal of Political History and Historical Journal.