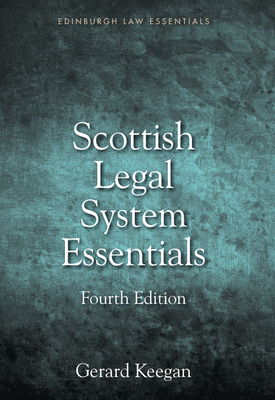 This one-stop introduction gives you an overview of Scotland's mixed legal system, from its historical roots to how the judicial system works today. The fourth edition is fully updated to cover the latest legislation, rules, case law and the Carloway and Bowen Reviews, and also covers the 2017 general election, the 2016 Scottish Parliament elections, the 2014 Independence Referendum, the Scotland Act 2016; Article 50 and the EU (Withdrawal Agreement) Bill.

Gerard Keegan is Lecturer in Law at the University of Strathclyde