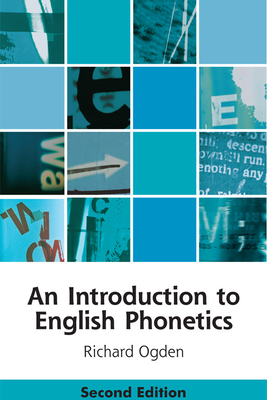 The second edition of this distinguished textbook introduces undergraduates to the concepts, terminology and representations needed for an understanding of how English is pronounced around the world.

Assuming no prior knowledge, this textbook guides the reader through the vocal tract and explains how the sounds of speech are made, offering an accessible and expanded introduction to areas including transcription, vowels and acoustic analysis. As far as possible, it uses naturally-occurring conversational speech so that readers are familiar with the details of everyday talk (and not just the careful pronunciations presented in dictionaries.) The book also includes a new concluding chapter that works through a piece of spoken data to show the reader how a more complete phonetic analysis can be conducted.

Examples are taken from around the English-speaking world, including North America, Australia, New Zealand and varieties of British English. The book takes an open-minded approach to what sounds of English might be significant for making meaning, and highlights the significance of word meaning, morphology, sociolinguistics and conversational interaction in phonetic analysis.

Richard Ogden is a Reader in the Department of Language and Linguistics Science at the University of York, where he has taught phonetics since 1995. He has worked on speech synthesis, non-segmental phonology, and in more recent years on the phonetics of conversation. Among other things, he has worked on turn-taking in Finnish, agreements and disagreements in English, and Firthian phonology. His major research interests lie in how phonetic detail signals meaning of all kinds. He is also Adjunct Professor in the Department of Phonetics at the University of Helsinki.