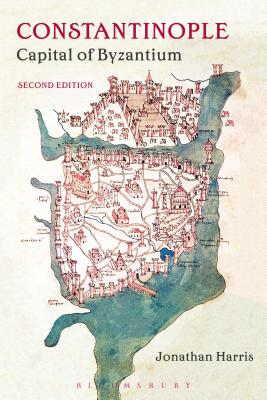 Jonathan Harris' new edition of the CHOICE Outstanding Academic Title, Constantinople, provides an updated and extended introduction to the history of Byzantium and its capital city. Accessible and engaging, the book breaks new ground by exploring Constantinople's mystical dimensions and examining the relationship between the spiritual and political in the city.

This second edition includes a range of new material, such as: * Historiographical updates reflecting recently published work in the field
* Detailed coverage of archaeological developments relating to Byzantine Constantinople
* Extra chapters on the 14th century and social 'outsiders' in the city
* More on the city as a centre of learning; the development of Galata/Pera; charitable hospitals; religious processions and festivals; the lives of ordinary people; and the Crusades
* Source translation textboxes, new maps and images, a timeline and a list of emperors It is an important volume for anyone wanting to know more about the history of the Byzantine Empire.
Jonathan Harris is Professor of the History of Byzantium at Royal Holloway, University of London, UK. He is the author of Byzantium and the Crusades (2nd Ed., 2014) and The End of Byzantium (2010).