Catching Breath: The Making and Unmaking of Tuberculosis (Hardcover) 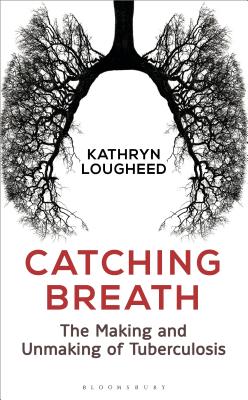 Catching Breath: The Making and Unmaking of Tuberculosis (Hardcover)

With more than a million victims every year--more than any other disease, including malaria--and antibiotic resistance now found in every country worldwide, tuberculosis is once again proving itself to be one of the smartest killers that humanity has ever faced. But it's hardly surprising considering how long it's had to hone its skills. Forty-thousand years ago, our ancestors set off from the cradle of civilization on their journey towards populating the planet. Tuberculosis hitched a lift and came with us, and it's been there ever since; waiting, watching, and learning.

The organism responsible, Mycobacterium tuberculosis, has had plenty of time to adapt to its chosen habitat--human lungs--and has learned through natural selection to be an almost perfect pathogen. Using our own immune cells as a Trojan Horse to aid its spread, it's come up with clever ways to avoid being killed by antibiotics. But patience has been its biggest lesson--it can enter into a latent state when times are tough, only to come back to life when a host's immune system is compromised. Today, more than one million people die of the disease every year and around one-third of the world's population are believed to be infected. That's more than two billion people. Throw in the compounding problems of drug resistance, the HIV epidemic, and poverty, and it's clear that tuberculosis remains one of the most serious problems in world medicine.

Catching Breath follows the history of TB through the ages, from its time as an infection of hunter-gatherers to the first human villages, which set it up with everything it needed to become the monstrous disease it is today, through to the perils of industrialization and urbanization. It goes on to look at the latest research in fighting the disease, with stories of modern scientific research, interviews with doctors on the TB frontline, and the personal experiences of those affected by the disease.

Kathryn Lougheed worked in tuberculosis research for more than ten years, focusing on the biological mechanisms of latent tuberculosis. She completed her Ph.D. at Imperial College London, and worked at the National Institute for Medical Research where she collaborated with industrial partners to develop inhibitors targeted against Mycobacterium tuberculosis. Lougheed has published dozens of peer-reviewed papers and was an active member of the tuberculosis research community. This is her first book and she lives in London, England.

"With humor and clarity, she skillfully distills the complex science surrounding mycobacterium TB into a comprehensible narrative . . . sure to be appreciated by scientists as well as lay people interested in learning more about this persistent disease." - Library Journal

"Not just a medical history but a call to action." - Kirkus

"Lougheed sets out the statistics calmly but returns to their enormity as she delivers on her aim to raise the profile of this prolific killer . . . Through her passion, many others may find inspiration." - Valerie Thompson, Science