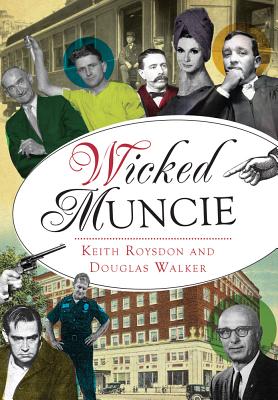 Explore the notorious and unusual side of Muncie's history.

Muncie is the classic small American city. But for much of the past two centuries, the city fell victim to murder, corruption and the bizarre. Mayor Rollin Bunch went to prison for mail fraud, while his police commissioner faced a murder rap. Viola "Babe" Swartz ran a brothel out of a truck stop that was raided by police at least a dozen times but ran for sheriff in the 1974 primary election. June Holland, of the locally famous Holland triplets, killed her neighbor for refusing to sell her house.