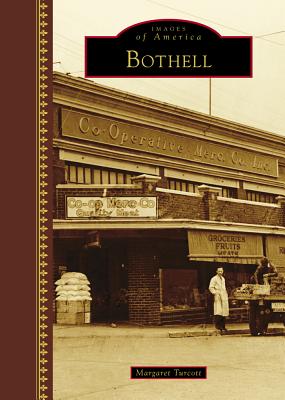 By Margaret Turcott
$26.99
Email or call for price

The river community of Bothell began with the arrival of Columbus Greenleaf and George Wilson in 1870. They staked claims along the Sammamish River after navigating from Seattle across Lake Washington and then east along the meandering Sammamish. Bothell was first a logging community, with several mills producing boards and shingles. After the forests were harvested, it became a farming community, connected to other settlements by the river and, after 1887, the railroad. In 1909, Bothell incorporated as a city after a contentious campaign. The vote was 79 to 70 in favor of becoming a city. The population of Bothell in 1910 was 599, but many lived outside the two-thirds square mile original city limits. This book tells the story of Bothell as a central hub, with distinct neighborhoods having their own personalities. Bothell's population today is almost 43,000, divided between two counties: King and Snohomish.