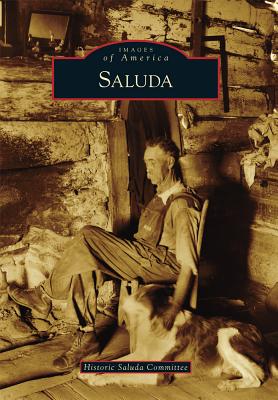 
Usually Ships in 1-5 Days
With the steepest standard-gauge mainland railway grade in the United States, the first passenger train to Saluda, North Carolina, came up the mountain on July 4, 1878. Pace's Gap, as Saluda was first called, was a popular stopover for traders heading out of the mountains. The Pace family built an inn so drovers and their livestock could rest on their way south to sell their goods. Other early names in the region were Thompson, Holbert, Laughter, Hipp, Staton, and Morris. Pace's Gap grew as settlers came from the low country to escape the heat, and with the town's success, the residents chartered a document in 1881 changing its official name to Saluda. Today, Saluda is a thriving town for residents and visitors. Hiking trails abound, and the Green River Narrows Race attracts some of the best paddlers in the world. Less strenuous pursuits, such as fishing, tubing, and kayaking, are also popular on the river. Coon Dog Day brings 10,000 visitors to town, and the Saluda Arts Festival is another popular weekend event. Saluda showcases the rich transportation and recreational history of this North Carolina mountain town.