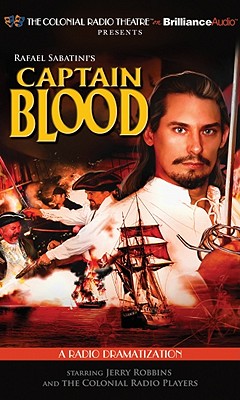 
Email or call for price
Dr. Peter Blood is arrested and sentenced to hang for treating a wounded rebel. Instead of death, he is sent to Barbados as a slave. When the Spanish attack the port city of Bridgetown, he and his fellow slaves capture the Spanish ship and set out to sea, where he becomes the notorious pirate, Captain Blood. With battles on sea and on land, daring escapes, sword duels to the death, a touch of romance, and a magnificent score by Jeffrey Gage, Captain Blood is a swashbuckling adventure on a very grand scale.