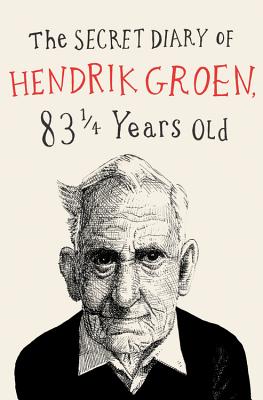 This is book number 1 in the Hendrik Groen series.

A #1 international bestseller in the vein of Fredrik Backman's A Man Called Ove: a funny and tender-hearted tale about friendship, love, and an old man who is young at heart.

Technically speaking, Hendrik Groen is....elderly. But at age 83 1/4, this feisty, indomitable curmudgeon has no plans to go out quietly. Bored of weak tea and potted geraniums, exasperated by the indignities of aging, Hendrik has decided to rebel - on his own terms. He begins writing an exposé: secretly recording the antics of day-to-day life in his retirement home, where he refuses to take himself, or his fellow "inmates," too seriously.
With an eccentric group of friends, he founds the wickedly anarchic Old-But-Not-Dead Club, and he and his best friend, Evert, gleefully stir up trouble, enraging the home's humorless director and turning themselves into unlikely heroes. And when a sweet and sassy widow moves in next door, he polishes his shoes, grooms what's left of his hair, and determines to savor every ounce of joy in the time he has left, with hilarious and tender consequences.
A bestselling phenomenon that has captured imaginations around the world, The Secret Diary of Hendrik Groen is inspiring, charming, and laugh-out-loud funny with a deep and poignant core: a page-turning delight for readers of any age.
Hendrik Groen started his diary on the literary website of Torpedo Magazine. He says about his novel: "There's not one sentence that's a lie, but not every word is true." The Secret Diary of Hendrik Groen has been translated into over twenty languages.

"Amusing [and] wickedly accurate...Reading The Secret Diary, I was constantly put in mind of Ken Kesey's madhouse tale One Flew Over The Cuckoo's Nest, another comi-tragedy concerning the tyranny of institutions of the unwanted. Enjoy Groen's light touch but do not be fooled by it....The Secret Diary is a handbook of resistance for our time."—The Express (UK)

"Funny and frank - a story with a great deal of heart."—Graeme Simsion, New York Times bestselling author of The Rosie Project

"A story about how friendship, selflessness and dignity lie at the heart of the human experience. When I'm an old man, I want to be Hendrik Groen."—John Boyne, internationally bestselling author of The Boy in the Striped Pyjamas

"An incredible picture of friendship... something we could all stand to emulate, no matter where we are in our lives."—Bookpage, Top Fiction Pick for July

"Interspersed with Groen's biting wit and comic take on aging and all it entails... A page-turning delight for adult readers of any age and locale."—Booklist, starred review

"Engaging and hilarious, Hendrik's diary gives a dignity and respect to the elderly often overlooked in popular culture, providing readers a look into the importance of friendship and the realities of the senior care system in modern society."—Publisher's Weekly

"You might say he's the Elena Ferrante of the octogenarian set - though whether or not he is actually an octogenarian (or a man) is also anyone's guess. It's an appealing novel with a lot of heart, reminding readers young and old that fun is to be found even in the routine of everyday life. And of course, the possibility that it's more memoir than fiction is delightful."—New York Post