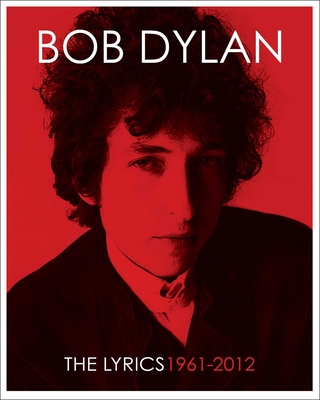 A beautiful, comprehensive volume of Dylan’s lyrics, from the beginning of his career through the present day—with the songwriter’s edits to dozens of songs, appearing here for the first time.

Bob Dylan is one of the most important songwriters of our time, responsible for modern classics such as “Like a Rolling Stone,” “Mr. Tambourine Man,” and “The Times They Are a-Changin’.” The Lyrics is a comprehensive and definitive collection of Dylan’s most recent writing as well as the early works that are such an essential part of the canon. Well known for changing the lyrics to even his best-loved songs, Dylan has edited dozens of songs for this volume, making The Lyrics a must-read for everyone from fanatics to casual fans.
Bob Dylan has released thirty-nine studio albums, which collectively have sold over 125 million copies around the world. He won the Nobel Prize in Literature and has been awarded the French Legion of Honor, a Pulitzer Prize Special Citation, and the Presidential Medal of Freedom, the country’s highest civilian honor. His memoir, Chronicles: Volume One, spent a year on the New York Times bestseller list.

“This Nobel acknowledges what we’ve long sensed to be true: that Mr. Dylan is among the most authentic voices America has produced, a maker of images as audacious and resonant as anything in Walt Whitman or Emily Dickinson.” —Dwight Garner, The New York Times

“The Nobel Prize in Literature confirms his status as something more than a songwriter of a kind with those who preceded him. For those who follow him closely, savoring his witticisms, poignant observations and the unexpected word at precisely the right time, the acknowledgment is long overdue, with all respect to Messrs. Murakami, Roth, Sondheim and others. Sentence by sentence and verse by verse, Mr. Dylan’s body of work is worthy of maximum celebration.” —Jim Fusilli, The Wall Street Journal

“The Nobel committee got this right—Dylan’s ongoing achievement in American song is a literary feat to celebrate in this gaudiest of ways.” —Rob Sheffield, Rolling Stone

“He was the rebel, the healer, the bard in blue jeans and oversized shades who sang a generation through war and peace, past the perils of unrest and self-complacency. . . . And now Dylan has entered that pantheon, shoving against the boundaries of the definition of ‘literature’ just as he pushed past so many borders in music.” —Carolyn Kellogg, Los Angeles Times