The Noonday Demon: An Atlas Of Depression (Hardcover) 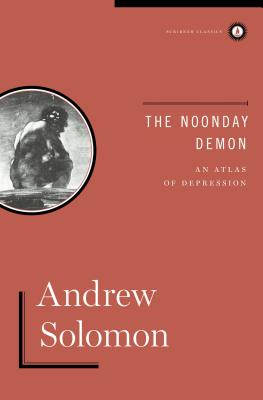 The Noonday Demon: An Atlas Of Depression (Hardcover)


Email or call for price
A Scribner Classics edition of Andrew Solomon’s National Book Award-winning, bestselling, and transformative masterpiece on depression—“the book for a generation, elegantly written, meticulously researched, empathetic, and enlightening” (Time)—now with a major new chapter covering recently introduced and novel treatments, suicide and anti-depressants, pregnancy and depression, and much more.

Winner of more than a dozen awards, The Noonday Demon “takes readers on a journey of incomparable range and resonance” (O, The Oprah Magazine), revealing the subtle complexities and sheer agony of depression. Andrew Solomon interviews patients, doctors and scientists, policy makers and politicians, drug designers and philosophers to describe the vast range of available medications, the efficacy of alternative treatments, and the impact the malady has on various demographic populations—around the world and throughout history. He also explores the thorny patch of moral and ethical questions posed by emerging biological explanations for mental illness.

With uncommon humanity, candor, wit, and erudition, The Noonday Demon “is a considerable accomplishment. It is likely to provoke discussion and controversy, and its generous assortment of voices, from the pathological to the philosophical, makes for rich, variegated reading” (The New York Times).
Andrew Solomon is a professor of psychology at Columbia University, president of PEN American Center, and a regular contributor to The New Yorker, NPR, and The New York Times Magazine. A lecturer and activist, he is the author of Far and Away: Essays from the Brink of Change: Seven Continents, Twenty-Five Years; the National Book Critics Circle Award-winner Far from the Tree: Parents, Children, and the Search for Identity, which has won thirty additional national awards; and The Noonday Demon; An Atlas of Depression, which won the 2001 National Book Award, was a finalist for the Pulitzer Prize, and has been published in twenty-four languages. He has also written a novel, A Stone Boat, which was a finalist for the Los Angeles Times First Fiction Award and The Irony Tower: Soviet Artists in a Time of Glasnost. His TED talks have been viewed over ten million times. He lives in New York and London and is a dual national. For more information, visit the author’s website at AndrewSolomon.com.

"All encompassing, brave, and deeply humane...It is open-minded, critically informed, and poetic at the same time, and despite the nature of its subject it is written with far too much élan and elegance ever to become depressing itself."
— Richard Bernstein

"Both heartrending and fascinating...the book has a scope and passionate intelligence that give it intrigue as well as heft."
— Gail Caldwell

"The book for a generation...Solomon interweaves a personal narrative with scientific, philosophical, historical, political, and cultural insights...The result is an elegantly written, meticulously researched book that is empathetic and enlightening, scholarly and useful...Solomon apologizes that 'no book can span the reach of human suffering.' This one comes close."
— Christine Whitehouse

"The Noonday Demon is the ideal and definitive book on depression. There is nothing falsely consoling about this account, which is the opposite of a bromide, unless to be accompanied by so much intelligence and understanding is a consolation in itself."
— Edmund White, author of A Boy's Own Story and The Flaneur

"An exhaustively researched, provocative, and often deeply moving survey of depression...original and vividly recounted. Solomon writes engagingly; his style is intimate and anecdotal...witty and persuasive. Over all...The Noonday Demon is a considerable accomplishment. It is likely to provoke discussion and controversy, and its generous assortment of voices, from the pathological to the philosophical, makes for rich, variegated reading."
— Joyce Carol Oates

"It's a compendium, it's a think piece; it's both!...Remarkable...[Solomon] has a killer eye for detail, as well as curiosity and compassion."
— Emily Nussbaum