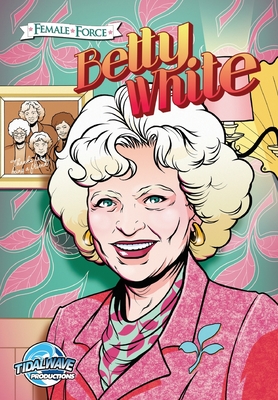 Betty White: Golden Girl Goes Platinum traces the amazing life of the actor, writer, wit, and humanitarian who has also been Hollywood's most enduring "it girl" for over sixty astounding years. From the earliest days of television to the cutting edge of Facebook and SNL, Betty always makes the scene

As featured on CNN, FOX News, Time Magazine, The Washington Post, LA Times, OK Magazine, and MSNBC Female Force is a series that features biographies on strong, independent women that have made a difference in the world. Read about the world of Betty White in comic book form