Kidnapped to South America!: The Story of My Son's Abduction (Paperback) 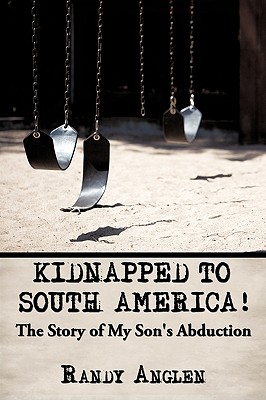 Kidnapped to South America!: The Story of My Son's Abduction (Paperback)


Usually Ships in 1-5 Days
(This book cannot be returned.)
Imagine a parent's worst nightmare - losing a child. Not to disease or accident, but to a kidnapping. Randy Anglen's only son was abducted to South America by his Chilean mother when he was 20 months old. Anglen fought to get his son for 4 years, fighting a Chilean court system that ignored international law and protected the mother. Anglen searched the streets of Santiago for his son, hatched plans to steal his son out of Chile, paid witnesses and private investigators and made numerous trips to Chile. He was as close at 10 feet from his son, but physically unable to get to him. Chilean courts handed him setback after setback, despite the best efforts of a team of attorneys and U. S. Department of State personnel. The story does not have a happy ending. Anglen writes this book so his son will know what happened -what his daddy did to try to get his son. This is a story of intense grief, fear, frustration and injustice. A story of a father's fight to save the bond between him and his son. A story of a father's love for his child. A story of a corrupt and inefficient South American bureaucratic system that destroyed the relationship between a father and his son. After reading this story, you will give your children an extra hug.