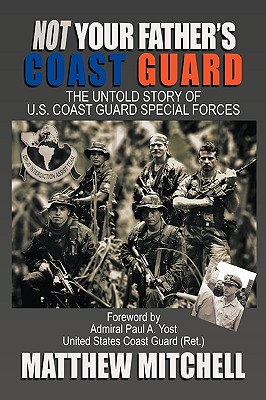 
Usually Ships in 1-5 Days
While the Coast Guard's many battles at sea in the War on Drugs are widely known, its participation in the ground offensive is not. Indeed, the Guard didn't just send its cutters to interdict narcotics-laden vessels attempting to bring their illicit cargo into Uncle Sam's territorial waters, it sent ground troops to foreign lands to train their forces and, when necessary, directly engage the enemy. But to create the type of force needed was no small task and would not be without tribulation, both from within and outside the organization. The road traveled to complete the mission was laden with obstacles. This is not a story about the Coast Guard you know, or think you know. Rather, this is a story about the other side, the side that history nearly forgot; not the standard, but the antithesis of standard. It is a story that will undoubtedly make even the most seasoned Coast Guardsmen question their understanding of the organization to which they belong. To be sure, "This is not your father's Coast Guard.