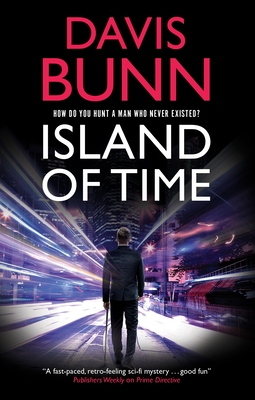 A mind-bending time heist novel that will appeal to fans of V.E. Schwab's 'Shades of Magic' series.

There was no murder . . . Because they never existed. The Geneva branch of Interpol - the international agency tasked with policing magic and the arcane arts - is where careers go to die. Action is rare as Switzerland banned magic seven hundred years ago. That's how Agent Jackson Burnett likes it. But then reports of an explosion lead Jackson to the home of businessman Bernard Bouchon. What's there is unfathomable: The family and their possessions have vanished into ash. Jackson's enigmatic new partner Luca Tami, a blind Talent able to perform magic, suspects powerful supernatural forces are at play. The family weren't killed . . . they've been erased from time. With all traces of the family disappearing, the case is hours away from being forgotten. How can Jackson solve a crime no one remembers happening? He must find a way to remember. He must discover who is behind the spell and why. Dangerous magics are in use, and it's clear those controlling them won't let anyone stand in their way.

Davis Bunn is a bestselling author with more than eight million books in print. Davis was first published in 1990 and has gone on to have a prolific career with the release of over seventy books across twenty languages. He was born in North Carolina but now lives in Oxfordshire, England, and serves as writer-in-residence at Regent's Park College, University of Oxford. He has won the Christy Award four times and is a member of their Hall of Fame. In 2011 he won the Library Journal Best Book of the Year for Lion of Babylon. Davis also publishes under the pseudonym of Thomas Locke.