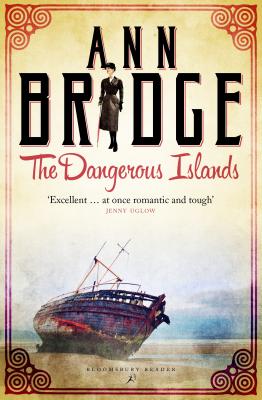 Julia Probyn-an old friend of many readers-is sailing off the west coast of Scotland. On the desolate island of Erinish Beg, she and her cousin are startled to see a sky-blue pole rise up out of the ground at their feet. Military Intelligence sends Colonel Jamieson to investigate this find. The action moves from the Erinishes to a tweed-shop in Tobermory, an archaeological dig on Lewis, an island off the County Mayo, and finally to a dramatic end in the Scillies. The mystery of the sky-blue pole is solved soon enough; but there is much journeying, heart-searching and danger for Julia before the whole system of espionage is laid bare. During these events Julia, more and more attracted to Colonel Jamieson, finds in him the man she will marry.

Miss Bridge's many admirers will warm to this tale of love and adventure, full of authentic local colour, well informed about the cold war of science on which its plot is based.

Ann Bridge (1889-1974), or Lady Mary Dolling (Sanders) O'Malley was born in Hertfordshire. Bridge's novels concern her experiences of the British Foreign Office community in Peking in China, where she lived for two years with her diplomat husband. Her novels combine courtship plots with vividly-realized settings and demure social satire.

Bridge went on to write novels around a serious investigation of modern historical developments. In the 1970s Bridge began to write thrillers centered on a female amateur detective, Julia Probyn, as well writing travel books and family memoirs. Her books were praised for their faithful representation of foreign countries which was down to personal experience and thorough research.