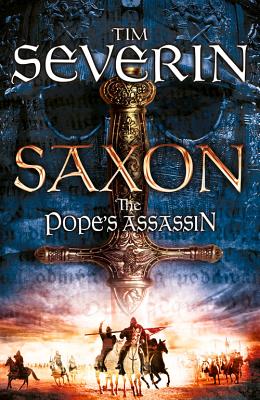 This is book number 3 in the Saxon series.

Rome, 799 AD. Pope Leo is viciously attacked by unknown assailants. Sigwulf, a Saxon prince who has been banished to the court of King Carolus in Frankia, is sent to Rome as a spy to find who was responsible. There, he discovers a web of lies—the only clue to the attackers' identity an intricate gold buckle, which Sigwulf links with a flagon in the home of the Pope's chamberlain. Could the attack have its source in the highest levels of the church? Pope Leo had made enemies on his rapid ascension to St. Peter's Throne. Returning to Frankia to report his discovery, Sigwulf learns that the flagon has been stolen. His journey to trace it takes him into dangerous territory, to the notorious stronghold of the pagan Avars.
Tim Severin is the author of The Brendan Voyage and Odinn's Child.