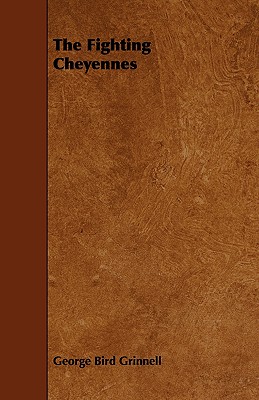 
Usually Ships in 1-5 Days
(This book cannot be returned.)
INTRODUCTION THIS BOOK is the story of the warfare of the most warlike tribe of the warlike Plains Indians, recorded by George Bird Grinnell. No other writer of his generation was associated with so many Plains tribes so continuously and for so long a time. As naturalist he accompanied General George Armstrong Custers expedition to the Black Hills in 1874. For nearly sixty years after that time, until his death In 1938, he was much Indians, and came to enjoy the confidence and respect of the leading chiefs and warriors of several tribes, including the Blackfeet and Pawnees, though as his many books amply prove, he was most intimate with the Cheyennes. His integrity, sincerity, sympathy, and understanding made him welcome in every tipi. own research among the Northern Cheyennes in later years, I found that a letter from Grinnell opened every door was one of the very few historians who knew how to get authentic information from Indians, and how to present things as they saw them in readable form. Now that all the old-time warriors have crossed the Great Divide, it has become the fashion among some writers who never knew the chiefs to impugn the reliability of Indian testimony. No doubt many stories were published purporting to be Indian testimony though with little basis in fact or understanding. But Grinnell found among the Cheyennes, as I did among the Sioux, that their leaders were men of honor and veracity, honest and guarded in their statements, avoiding hearsay. As a matter of fact, anyone familiar with old-time warriors will prefer their account of a battle to any other. For, in the first place, the Indian was an objective, unimaginative observer. Besides, he was keenly interested in what went on because his own rating in the tribe depended upon his proven coups and deeds of daring, and he kept a sharp eye on the warriors who competed with him for such honors. Moreover, he was usually a veteran who had been on the warpath again and again since his early teens, and was commonly so well mounted that he could out-ride his enemies if the fight went against him. He was also a professional hunter who made his living daily with the same weapons with which he made his war. Moreover, so long as he lived, he often had to recite publicly, and in the presence of his rivals, just what he had seen and done in battle. For by custom a war story narrated by its hero formed the inevitable credentials and prelude to every public action in the tribe. No wonder General Frederick W. Benteen described the Cheyennes and Sioux who destroyed Custer thus Good shots, good riders, and the best fighters the sun ever shone on. We give you The Fighting Cheyennes Norman, Oklahoma February 21, with the wars of the Cheyennes. A fighting and a fearless people, the tribe was almost constantly at war with its neighbors, but until 1856 was friendly to the whites. The Cheyennes fought well, but they will fight no more. Their wars have long been over. Their tribal wanderings ceased before 1880. Skeekathey have been confined on two reservations, one in Oklahoma, and the other in Montana. When their struggles with the white men began, some of their older and wiser men strove earnestly to preserve peace, but their efforts failed. In an Indian camp individual liberty is the law, and the Cheyennes were a proud, headstrong, and obstinate people. During these first wars between the whites and the Cheyennes, the United States government was struggling for its very life. Its attention was concentrated on the war between the North and the South, and the movements of a few Indians on the thinly settled frontier attracted little notice. The so-called Sand Creek Massacre . . took place toward the close of the Civil War, - ..