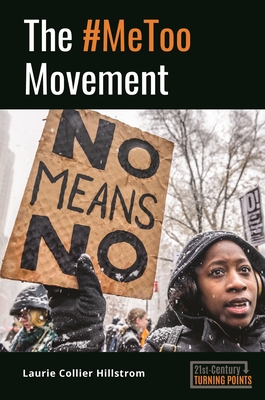 The 21st Century Turning Points series is a one-stop resource for understanding the people and events changing America today. The #MeToo Movement is devoted to the issue that brought sexual harassment out of the shadows of American culture and into the spotlight.

Sparked by revelations of decades of sexual harassment by powerful Hollywood executive Harvey Weinstein, the movement quickly uncovered similar abusive behavior by numerous other famous public figures. It also revealed the extent to which sexual harassment has been a persistent problem in many workplace settings across America and the ways in which girls and women are subjected to degrading and discriminatory treatment because of their gender.

The book provides a broad perspective on these issues. It discusses late twentieth-century efforts to identify sexual harassment as a longstanding societal problem; explains how the 2016 presidential election brought new attention to this issue; introduces activists who helped to launch the #MeToo Movement; and surveys the impact of the movement on American politics, business, and entertainment.

Laurie Collier Hillstrom is an independent scholar based in Brighton, MI.