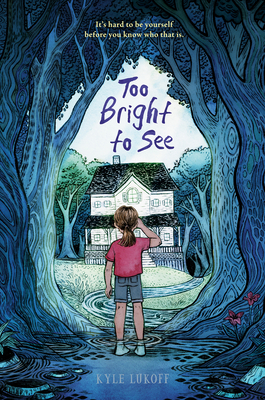 
Email or call for price
A National Book Award Finalist A gentle, glowing wonder, full of love and understanding. -The New York Times Book Review It's the summer before middle school and eleven-year-old Bug's best friend Moira has decided the two of them need to use the next few months to prepare. For Moira, this means figuring out the right clothes to wear, learning how to put on makeup, and deciding which boys are cuter in their yearbook photos than in real life. But none of this is all that appealing to Bug, who doesn't particularly want to spend more time trying to understand how to be a girl. Besides, there's something more important to worry about: A ghost is haunting Bug's eerie old house in rural Vermont...and maybe haunting Bug in particular. As Bug begins to untangle the mystery of who this ghost is and what they're trying to say, an altogether different truth comes to light--Bug is transgender.
Kyle Lukoff is the author of the Stonewall Award winner When Aidan Became a Brother and A Storytelling of Ravens. While becoming a writer, he worked as a bookseller and school librarian. He lives in New York City, and hopes you're having a nice day.