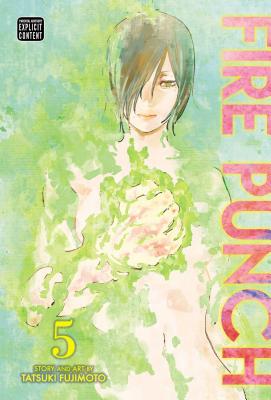 This is book number 5 in the Fire Punch series.

After painful words are unleashed and Togata’s secret is finally exposed, the revelations leave Agni shaken. Knowing he must face his destiny, Agni seeks out the man at the root of all of his suffering!
Tatsuki Fujimoto won Honorable Mention in the November 2013 Shueisha Crown Newcomers’ Awards for his debut one-shot story “Love Is Blind.” His first series, Fire Punch, ran for eight volumes. Chainsaw Man began serialization in 2018 in Weekly Shonen Jump. “Look Back” and “Goodbye, Eri” were published in 2021 and 2022 in Japan to widespread critical acclaim.