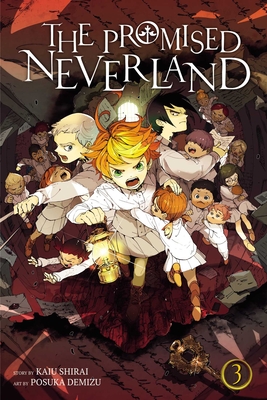 This is book number 3 in the The Promised Neverland series.

In order to escape the orphanage where they are being raised as food for demons, Emma, Norman and Ray begin recruiting allies. But convincing the other children to believe them may not be an easy task.
Kaiu Shirai debuted in 2015 with Ashley Gate no Yukue on the Shonen Jump+ website. Shirai first worked with Posuka Demizu on the two-shot Poppy no Negai, which was released in February 2016.